L-INKED in open spaces takes the long-term production L-INKED to open public spaces in form of ensemble installation based performance “/the transcription ( appearing in disappearance)” and City Swarming.

Through the project, we explore and find a relationship with the impact of architectural spaces on artistic creativitiy. It researches, the very context of space and its role it playes ( city, country, continent) in defining the cultures of the desiring bodies.

It unravels the disappearing of the physical elements like a trained dancer’s body disappears to express the emotions, the music in open air floats with the particles of the air, and the architecture/space merges & re/creates a scenery. the work focuses on how different cultures & traditions hold a significance for people to perceive & interpret the moving bodies that are in a relationship. 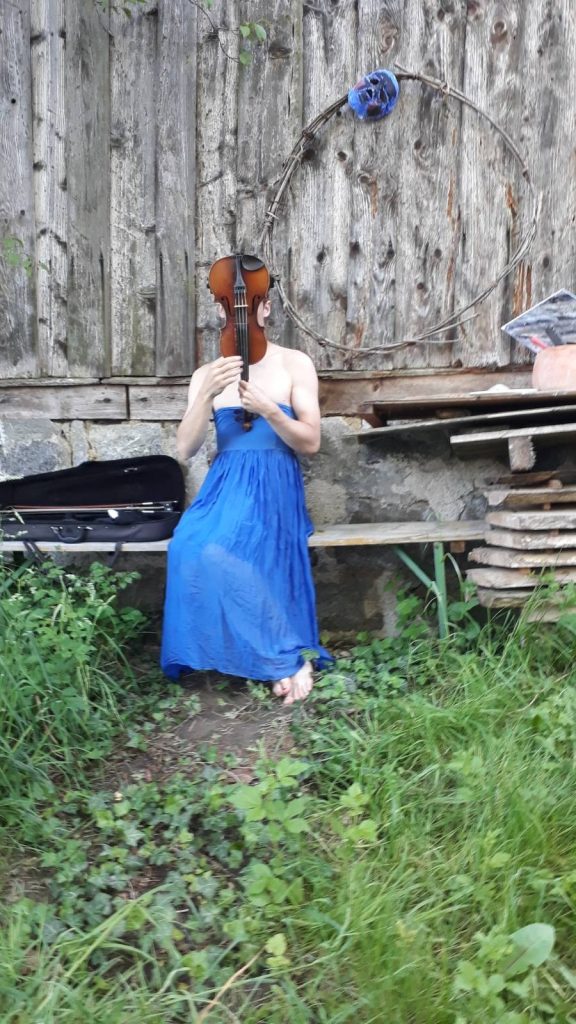 Focusing on research of topics through interaction of artists-ensemble and participants in open space.

set with a mix of music, dance, reflection ,interaction and participation. reflecting spaces are created to manifests transcripts of stories appearing in disappearing through this structured improvisation-meditation based series. re-defining meaning of intimacy through the meetings and the journey-observation of 4 human bodies and 2 instrumental bodies to re/creating a architecutral/natural scenery into a performative architectural space and explore the disappearance of the trained self in that scenery : the public becomes the performer & the performers are the public.

Focusing on research of topics through interaction of participants with open space + Multi -media – live stream.

In City Swarming Linz series, participants received a city tour with a focus on exploring their own bodily-relationships with urban spaces through performative movements- alone, in pairs or in a group. In the process, an expanded understanding of one body.self in relation to the digital self, and the collective self will emerge. The events expanded in parallel through mobile live streaming with a music producer reacting on the interaction. The audience was free to join the swarming from various spots in the city. This series of interaction included three dates at which different public spaces are explored together. At the end of each appointment, the experiences and thoughts are reflected together.